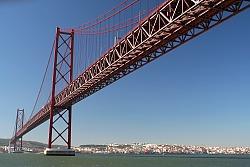 Temperature
The average temperature reaches a scorching 27°C (approximately 81°F), with temperatures seldom falling below 18°C (about 63°F). In July, the lowest temperature ever recorded was 13°C. The temperature will reach 32°C seven days a month. During the thirty years of record keeping, the temperature has never dropped below 21°C.

Rainfall
Showers are unlikely because the average monthly rainfall is only around 6mm. It's possible that you'll have 5 rainy days in July, but they won't stay long. In July, there will almost certainly be a brief thunderstorm. During the month, you may receive up to a tenth of an inch of rain at a time, perhaps once or twice. 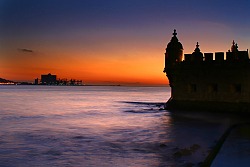 Sea Temperatures
The average sea temperature is around 19°C (67°F), watersports fans can attend the European Wave Freestyle Funboard Championship and PWA World Cup Guincho Wave Contest, which takes place at Guicho Beach in Sintra throughout July. The predominant wind direction is southeast, and the Beaufort wind probability is at its highest level of the year at 50%. The World Cup is won because of this steadiness.