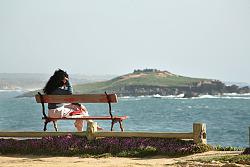 As a company, I have met with Erasmus programs on various levels. We have sometimes organized study trips as well as incentive trips for adults. There were also trainings and conferences...

I remember well a group from Lithuania on a week-long experience exchange with Portuguese farmers, or a group of early childhood educators ... The group of psychiatrists and builders was quite intriguing ... It is interesting that many industries that appeared were such that I had never thought Portugal had something to offer them;) here please ... Maybe the climate is simply conducive to such exchanges.

One year, young people appeared :) I admit that it is an interesting experience after taking care of adults. This time it was not a few days, but they had been with us for almost a month. I was amazed that despite their poor knowledge of the language, there are people willing to accept them for an internship. They even learned something - at least those were the opinions on both sides. 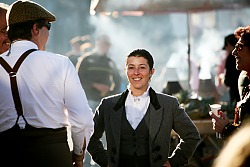 For many years, we have been accepting students from various faculties for internships. Some have learned and benefited, others have simply been giving little of themselves.

Some have even returned to Portugal to start a new life in this country.

The time of the pandemic brought about a suspension in every project of this type, but the belief that people will still learn and travel to improve their qualifications gives hope ...

We invite everyone willing to contact us and come to Portugal.